Most people’s idea of a typical apprentice probably wouldn’t be a 31-year-old, father of four, but Alan Tangny from Tarbet is someone who defies convention.

Having left school at 16, Alan went straight to university, but hated the experience so much he left just two weeks after arriving on campus. From there, he trained as a chef, where he worked at various restaurants and hotels until the age of 27, when he finally decided to quit the hospitality industry.

Alan said: “I was fed up staring at the same four walls and wanted something different for my life. I was working anti-social hours, getting home late and missing out on precious time with my wife and kids. It was time for a change. My opportunity came when I spotted an advert in my local paper saying Scottish Sea Farms were looking for staff. I’ve always fancied a career in the great outdoors and this seemed like the perfect fit, so I went for it.”

Alan’s decision has been more than justified – after completing his Modern Apprenticeship and SVQ Level 2 in Aquaculture at Scottish Sea Farm’s Fiunary site through Inverness College UHI, he became a biological specialist at Scallastle then the Senior Husbandry with Fish Health Specialist at Bloody Bay in the North of Mull. At this point, his dedication and commitment led to his manager nominating him for the Aquaculture category in Lantra Scotland’s prestigious Land-based and Aquaculture Learner of the Year Awards, which he went on to win.

“Winning a Lantra Award was the icing on the cake after a great year. More than anything, it has helped justify my decision to quit working as a chef, and has given me confidence in my capability. Getting nominated by my boss is a great feeling and I’m chuffed that my employer appreciates the work I do.”

As Alan has made his way up the career ladder, his role has evolved from hands-on to managerial tasks. He also does more people management and works on fish health, a major responsibility on a fish farm.

“I’m heavily involved in monitoring and ensuring the health of the animals, and in the manager’s absence I’m left in charge of the site, which is a massive responsibility – I have 250,000 salmon, six staff and millions of pounds of equipment and infrastructure to look after.

My day-to-day duties range from net changing or washing, feeding fish, ordering feed, fuel or equipment for the site, health checks on the fish, cleanerfish management, chairing health and safety meetings – every day is different, which is why I love my job.

After ten years working in a kitchen, I’ve really enjoyed being out in the open air – even on a wet and windy day, I always feel satisfied hanging up my wet oilskins to dry for the morning, going home tired, but knowing that I’ve learned something new and how to respond to challenging situations in the future.”

Alan also works as a Lantra Industry Champion and ambassador for the aquaculture industry, promoting the sector at agricultural shows and highland games on Mull and the mainland, emphasising the opportunities, the products and economic benefits that are generated.

“I really enjoy my role as an ambassador – this is my chance to give something back to an industry that has given me so much. It has also provided some funny moments. Recently I was in charge of the barbecue at the Morvern Highland Games with Scottish Sea Farms. We were raising money for the local community choir. I got there early to set everything up, went to put the first batch of salmon on the grill and realised they'd sent boxes of whole 5kg salmon instead of fillets! That was the one time my skills as a chef came in handy. I had to fillet all the salmon in a tent in the middle of the show before we could sell anything. I had about twenty onlookers cheering me on so it wasn’t all bad!”

So what does the future hold for Alan?

“When I started the SVQ my ambition was to move up to senior husbandry, which I’ve achieved earlier than I expected. The next step up is trainee manager, which is not a position that is applied for – senior husbandry staff are chosen for this role based on their knowledge, experience, commitment and general aptitude. This is where I aim to be in the next few years. I’m relatively new to the senior husbandry side of things, but I’m 100% committed to achieving this at Scottish Sea Farms by taking every opportunity.”

As a man who has got to where he is the hard way, Alan has plenty of sound advice for younger apprentices looking make a name for themselves in the industry.

“I would say no matter what your background, or how old you are, just go for it. If you have the desire to succeed and a willingness to learn, the industry will support you 100% of the way – my employer has gone above and beyond in terms of training. Everyone I’ve met at work, whether they’ve been in the job for two months or 20 years, has something to teach you. So ask plenty of questions, take notes, and go in with an open mind. There are many ways to do a job, but if you can take all the best bits from everyone’s experience, it will save you having to make a lot of mistakes yourself.

If you’re offered the chance to study an SVQ then go for it, show some enthusiasm. Sometimes when you’re out standing in the horizontal rain moving a pulley round a cage, you can wonder what you’re doing, but knowing WHY you’re doing it can give you that extra motivation you need.” 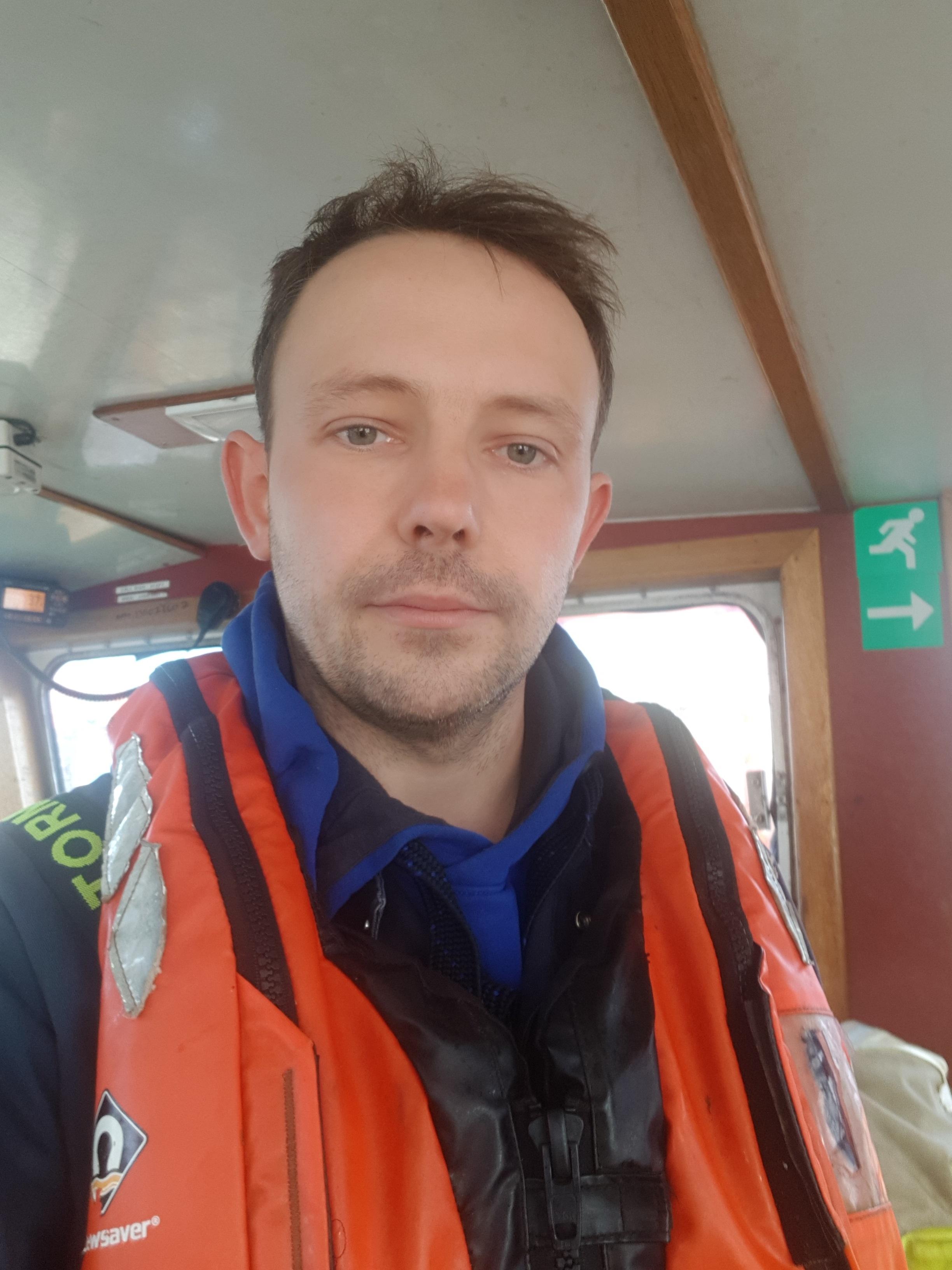