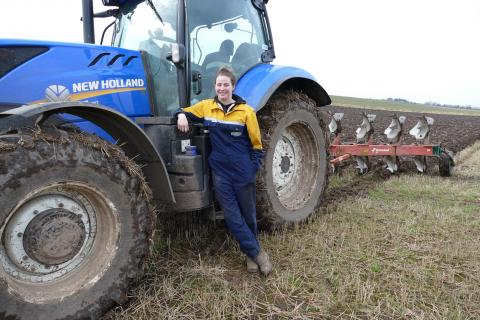 Contract Rearers are responsible for looking after cattle owned by other farmers and businesses.

A farmer who doesn’t have the time, staff, buildings or land to raise all his cattle will ask a Contract Rearer to do it instead. At the end of the contract, the cattle may go back to the farmer, who owns them, or be sold.

A Contract Rearer has responsibility for health, welfare, and the performance of the dairy cattle. The Contract Rearer will be paid to ensure that the cattle meet growth targets and are in good health.

Depending on the number of cattle, a Contract Rearer may also have some responsibility for staff, such as a Stockperson and Farm Workers. On some smaller scale units, a Contract Rearer may carry out both the management and everyday tasks, and contract rearing cattle may form just part of his overall farming business.

The most common contract arrangement is heifer (female cattle) rearing. The group of female calves which have been produced by a milking herd are usually reared by hand or by a machine that feeds them milk, and they are also fed hay, straw and a special formulated feed. The female calves are grown on with the aim of joining the milking herd once they get to two years old.

Often dairy farmers will arrange for a Contract Rearer to raise the heifer to the correct size and weight, until they are ready to join the milking herd.

Contract Rearers generally work as least 39 hours per week. Many will be self- employed. Early mornings, evenings and weekend work can be needed.

On all but the very large farms, a Contract Rearer would be a-hands-on role, and required to cover for their stockman or farm worker, if necessary.

The working conditions will depend on the farm. Some dairy cattle are kept indoors and fed on straw and hay with grain, whereas other farms leave the cattle to graze grass outside for most of the year, bringing them in for the winter months, many farmers do a mixture of both production systems depending on their grass growth, soil conditions and cattle breeds.

A Contract Rearer would work both outside and in livestock buildings.

Salaries vary with experience, qualifications and between companies, but here's a guide to what you can expect.

Most Contract Rearers are former dairy or beef farmers with expertise in working with cattle. The majority of Contract Rearers will be self-employed with access to the facilities required to carry out cattle contract rearing.

It is important to like working outdoors and working with livestock. A Contract Rearer will have progressed to this role from working as a Stockperson or Farm Manager, or Herdsperson and gained experience in livestock management, the financial impacts of decision making and if necessary managing staff.

A Contract Rearer does not need any particular qualifications to enter the job, but substantial experience with cattle and relevant training would be preferable.

Cattle can cost thousands of pounds and their health, welfare and productivity is a substantial responsibility. Farmers depend on the Contract Rearer being successful.

There may also be opportunities to work abroad.

What experienced workers can do

Personal qualities you should have

Contract Rearers may move into other work such as technical sales, consultancy and teaching, or work as an agricultural adviser.

It may also be possible to work with private companies, consultancies and co-operatives that offer farm management services.

My world of work